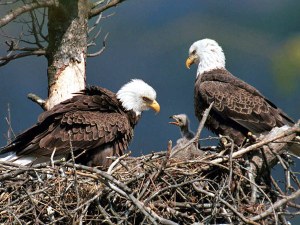 I have wrestled with this post for a while because I started something in this line in a post the was published in August, and when I did that, even though I knew there is a lot to talk about concerning the faith of second generation African immigrants in Europe, I thought I should not return to that topic for a while. However, for several weeks now, every “African Christianity in the Diaspora” conversation I have has culminated with concerns about how the baton of the faith is being passed on to the younger Africans poorly — with no intentionality at all and in a manner that is not careful of contextual issues that they face in their daily walk.

Pastors realise there are two “problems” ahead.

One: They wonder, “Will our churches exist after we are gone? Will our children pick up the mantle?”

My answer to this is usually straightforward. If they continue what they are doing — gathering fellow countryfolk for church-as-we-knew-it-back-home — their churches will not go beyond their generation. Simple. When their children move out of the house to go to college, etc., they are not coming back to their churches. Most of them seem not to understand that their children are not culturally African, and are thus foreigners in their African-cultured immigrant churches.

Two: They all ask, “Who will disciple our younger generation for missional effectiveness in their generation?”

My answer to this is usually that it is the duty of the first generation to disciple their children. And if they take that responsibility seriously, their “ecclesiologies” have to show. They need to show that the cultural identity of their young ones is important enough — just like any cultural group — to warrant a rethinking of their entire strategy. Of course, very few of the first generation leaders are able to do this. The cross-cultural fluency needed to help them negotiate the faith as (black) British children of African immigrants needs intentional cultivating. Sustaining their faith needs a different approach from what the first generation did in Africa. The secular worldviews that shape their life growing up in Britain need a radically different approach from what most immigrant parents are equipped to engage.

And forming youth churches will not do.

I met up with a very well-respected pastor of Jamaican descent in London recently. Having grown up in Britain and witnessed the growth and plateauing of Carribean churches in Britain in the past forty years, he had one statement for me: African immigrant churches are not learning from the experiences of the Afro-Carribean churches who have been here since the 50’s, and if they continue what they are doing, they will end up struggling the same way they did, losing the second generation in the process. I think that plateauing has already started in African churches.